Every bottle of wine made by Concannon Vineyard comes with a long family history of winemaking in the Livermore Valley. That history includes the development of three Cabernet Sauvignon clones that are now widely planted in California. Today’s Cellar Note offers a taste of Concannon Cabernet Sauvignon, from Paso Robles, and a brief telling of that family history. The wine was provided as a tasting sample and is made in part from the Concannon Clones.

This is an elegant Cabernet, one that is as easy to sip on its own as to enjoy with a meal. It has nice structure and balance. It’s not heavy or dense or overly tannic. It is a Cabernet for warm weather and a meal.

The Paso Robles appellation is the source of grapes for this wine, which was aged for eight months in French and American oak. 7% Petite Verdot and 6% Petite Sirah are blended with the Concannon Vineyard Cabernet Sauvignon.

His contemporaries were Charles Wetmore (Cresta Blanca Winery), Carl Wente (Wente Brothers, now Wente Vineyards) and Louis Mel (now Murrieta’s Well Estate Vineyards). It was Charles Wetmore who brought cuttings of Cabernet Sauvignon and Sauvignon Blanc from Château Margaux and Château d’Yquem, as well as Chardonnay from Burgundy’s Meursault appellation and shared them in the valley.

Much like the second generation of the Wente family who developed the Wente Chardonnay Clone, the third generation of the Concannon family did so with Cabernet Sauvignon. The efforts of Jim Concannon resulted in the development of three Cabernet Sauvignon Clones (7, 8 and 11) that are recognized by UC Davis Foundation Plant Services for their “high yielding, late-maturing qualities.”

What is a clone? It is a piece of the mother vine that is either planted directly into the soil or grafted onto a rootstock. It results in grapevines with very much the same qualities as the mother vine. The mother vine is chosen for specific, desirable characteristics.

mspullthatcork
•
Follow
We have been on a bit of a varietal wine roll of late. This Jolie-Laide Melon de Bourgogne sourced from Rodnick Farm in the Chalone AVA is stony and citrusy with a ton of acidity. Just the style of wine I love to accompany warm weather. Oysters would have been the perfect pairing, but the chances of either of shucking oysters is zero. No worries, it also paired well with a variety of salads over several days. I’m looking forward to the 2021 vintage, which is on the wine rack and unlikely to remain so for long. You will probably see a picture of it here before summer is out, unless we forget it like we did this bottle, which I snagged one evening when I went to pick up a pizza @guantonioswoodfired. We need to get back there for pizza and not pizza. I hope you’re sipping something delicious. @jolielaidewines . . . #melondebourgogne #chaloneava #rodnickfarm #californiawine #californiawinelover #siplocal #whitewine #varietalwine #winelover #winetime #winewinewine #tastingnotes #wineandfood #summerwine #winetraveler #wineoclock #winenotes #summersipper #instawine #winelover
View on Instagram |
2/9

mspullthatcork
•
Follow
There are many reasons to love Tablas Creek’s wines: history, impeccable winemaking, outstanding tasting experiences at the winery and the foundation of everything they do - care and attention in the vineyards as evidenced by their Organic, Biodynamic and Regenerative Organic certifications. In addition to blended wines, TC makes many varietal wines. Over the years I have learned not to underestimate the complexity of blends, but complex varietal wines that can stand on their own always draw me in. The large number of varietal wines Tablas Creek makes is one reason we joined their wine club. 2019 Tablas Creek Vineyard Roussanne is bursting with aromas and flavors of honeysuckle, ripe melon, guava, citrus and spices. It’s a bit pithy with juicy acidity, rich roundness and long stony, dry finish. What a gorgeous wine and an excellent opportunity to learn what this variety, often used in blends, tastes like on its own. Roussanne was fermented for nine months in a mix of small wood, large neutral foudres and stainless steel. Roussanne is known for its ageability, not that we gave this wine the opportunity to age. We have a serious lack of discipline when it comes to aging the wines we purchase from Tablas Creek. Oh well. I hope you’re sipping something delicious. @tablascreek . . . #pasorobles #pasowine #pasowinelover #pasorobleswinecountry #adelaidadistrict #roussanne #rhonewine #rhonevariety #vinblanc #whitewine #organic #biodynamic #regenerativeviticulture #regenerativefarming #varietalwine #winelover #winefun #winetime #instawine #wineoftheday #foodwine #springwine #summerwine
View on Instagram |
3/9

mspullthatcork
•
Follow
This simple meal felt so indulgent and tasted so delicious. Champagne Lanson Brut Rosé is one of our favorites. We love the lively bubbles, generous fruit in the mid-palate, abundant acidity and the clean, stony finish. And the price is relatively easy on the pocketbook. We love the creamy goodness of Cowgirl Creamery’s Mt. Tam cheese. We’re all in for asparagus this time of year and find them very wine friendly when oven roasted, especially when wrapped in prosciutto. Local apricots are in season and they’re delish. The only thing that didn’t quite cooperate was the very warm evening. No complaints though, it was a delicious meal and we are already looking forward to more Lanson Rosé this evening. Hope you’re sipping something delicious. @champagnelanson . . . #champagnelanson #champagnelife #champagnehappyhour #champagnelover #champagne #champagnerosé #champers #champagneeverything #champagneislife #rosé #roséchampagne #pinkwine #winelover #winetime #wineandfood #winefun #winetasting #winetraveler #instawine #instachampagne #outdoordining #winewinewine
View on Instagram |
4/9

mspullthatcork
•
Follow
Thanks to our friends Valentina and Gian Franco, the dynamic couple behind Nonna Urban Eatery in Old Town Scottsdale, we got a head start on our Cinco de Mayo celebration last night. The fresh and flavorful summer menu was paired with three wines from Valle de Guadalupe, Mexico. What a treat. We started with an aromatic Montefiori Rosado of Sangiovese paired with corn chowder, followed by Paolini Sangiovese Grosso (slightly chilled 👍) paired with pork loin before finishing with Cava Maciel Apogeo Nebbiolo paired with dark chocolate mousse & salted caramel. The pairings were absolutely spot on. Valentina told us she went out on a limb with the dessert pairing and I’m glad she did…it was so delicious! The wines were very good and now we’re thinking of visiting Valle de Guadalupe to check out the wine scene. We can always count on chef Gian Franco to create an inventive menu and Valentina to pour us something delicious to pair with it. Dining at nonna is always a highlight of our time spent in Old Town Scottsdale. It was wonderful to hear Valentina’s laugh and see her visiting with guests. Be sure to check out Nonna when you visit! @nonnascottsdale @villamontefiori @cavamaciel . . . #nonnaurbaneatery #mexicanwine #bajacalifornia #valledeguadalupewine #valledeguadalupe #rosado #sangiovese #nebbiolo #foodandwine #wineanddine #summermenu #oldtownscottsdale #scottsdale #scottsdalefoodie #arizonaspringtime #wineoclock #winetasting #winenotes #wino #winetravel #winetraveler #arizonasunshine #arizonadesert
View on Instagram |
6/9

mspullthatcork
•
Follow
The spring menu at Sel Restaurant in Old Town Scottsdale is outstanding! We enjoyed a lovely meal and a stellar bottle of Bourgogne a couple of nights ago. The evening was warm and we enjoyed a leisurely dinner on Sel’s patio. This afternoon we’re relaxing with another glass of said Bourgogne in the shade of our patio at the nearby Inn we’re calling home at the moment. We’re still loving the wine. 💕 We were out in the desert for a morning hike yesterday and enjoyed a canal walk this morning before meeting a friend for lunch. Cheers to good food, good wine and good friends! @domaine_alain_chavy @selrestaurant . . . #domainealainchavy #alainchavy #pulignymontrachet #bourgogne #bourgogneblanc #chardonnay #frenchwine #vino #foodandwine #wineanddine #springmenu #oldtownscottsdale #scottsdale #scottsdalefoodie #arizonaspringtime #burgundylover #wineoclock #winetasting #winenotes #wino #winetravel #winetraveler #vindebourgogne #goodwine #whitewine
View on Instagram |
7/9 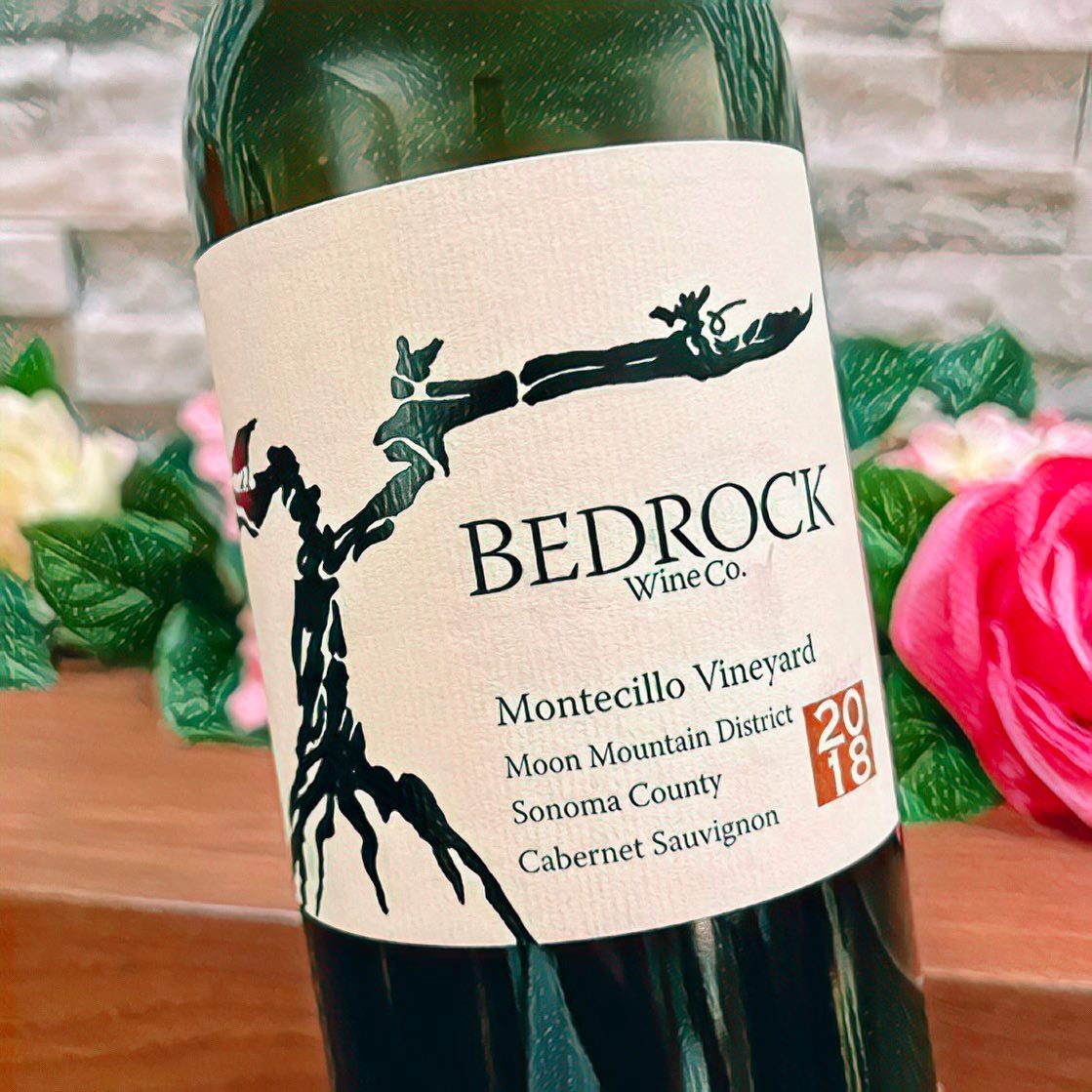